What is Mind? No Matter
What is Matter? Never Mind

The above statements are both amusing and true, at least in one sense: mind and matter are two components of reality, they are not reducible to one. This fact is of relevance to both science and spirituality, increasingly so as the boundaries of one begin to merge into the other. The relationship of mind to brain has occupied philosophers for centuries.

In more recent times, neuro-psychologists have added their studies to the mountain of literature surrounding this issue.

Popular books now abound as well, although some have drawn mis-leading conclusions. I hope to aid the intelligent reader to cut through the myths and reach the true understanding of the nature of the mind and soul, for then we shall be able to harness that most powerful engine of creativity for the benefit of humanity and re-establish a more balanced, loveful and happy world.

There are individuals to whom the question of the existence of the soul is no question at all, simply because they already experience themselves naturally as souls, the masters of the bodies they inhabit. There are other who may believe in the soul, but feel that its reality cannot be either proven or disproven through the methods of science. 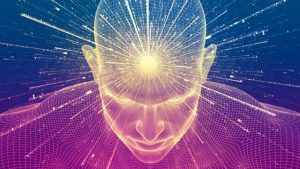 It is my own position that one must have a clear idea of what the soul is, where in the body it resides, and how it operates, before one can master the powers which are latent in it, or even perceive the subtle phenomena of heightened consciousness which lead one easily across the threshold of self-realization.

Moreover, we can understand many things about the mind and soul only with scientific methods. What follows is an attempt to lay out the parameters of that understanding. Science is the great antidote to superstition.

Although it has its own limitations and tendencies to rigidity, many false beliefs can be over-thrown most easily through experimental methods. For example, many people once believed that the locus of the mind was in the heart, rather than in the brain.

Today, in this era of heart transplantation and detailed cardio-vascular knowledge, we realize that the emotional “heart” really operates through the brain.

But though we have localized the organ of mental function, that by no means settles the question of the role, which that organ pays in regards to consciousness.

Just as some psychologists of yesterday studied mental operations without consideration of organic correlatives today there are scientists who deny the reality or the importance of consciousness, devoting their entire attention to the mechanisms of the brain.

Such one sided efforts have prevented a true perspective of the brain and mind relationship from developing. Only in recent years has a more holistic approach emerged.

Let us begin our examination through RajYoga Meditation.

Anyone interested in acquiring further knowledge on the subject, and those who want to learn RajYoga Meditation, can avail of free services being rendered by the Centres of Prajapita BrahmaKumaris Ishwariya Vishwa Vidyalaya in many parts of the world.

Meditate with us! At no cost AT ALL… & listen to your mind & soul more often !