God is the most remembered, revered and worshipped being in the whole of human history. There is no one in the world who is remembered, worshipped and revered as much as God. Even though God is remembered by human beings for His supreme powers and benevolent actions, there is a lot of confusion regarding His divine acts.

Does God create the universe?
Does He motivate everything that is being done on earth?
Does God guide the functions of the physical elements of nature?
Does He adjudicate on human actions?

There are many questions that arise regarding the divine acts of God.

Broadly, there are three different views about God’s acts. A lot of people believe that God does everything that happens in this world; human beings are merely instruments who execute His will.

The second popular belief about God is that He doesn’t do anything, but He gives the fruits of actions by way of rewarding or punishing humans for their good or bad deeds.

The third belief is that God gives direction to humans or motivates them to perform actions.

God is remembered as a benign, merciful and benevolent being who brings peace, joy and bliss to all.

If He were doing everything through humans then there should have been no crime or sin in the world and all humans should have been existing in constant bliss and harmony. In other words, it would mean that God commits all the crime and sin. So why should criminals be punished or sinners made to suffer?

If God doesn’t do anything and only acts as an adjudicator for human actions, then why would He be eulogized or worshipped? What would be His greatness? In this case God’s role would be limited to pardoning our sins and there would be no scope to improve our lot.

In case God motivates everything that happens on earth, then again why should humans get the fruit of their actions, for the acts of the agent are considered the acts of the principal.

God is the highest on high Father of all human souls, the Creator of Heaven, the omniscient, omnipotent, eternal, almighty and ever-pure being who alone has the wisdom and power to transform hell into heaven and to liberate all creatures from the bondage of suffering. All religions, prophets and messiahs have spoken of God as a compassionate, merciful and benevolent being who guides humanity towards liberation from sin and suffering through His divine inspirations and acts. 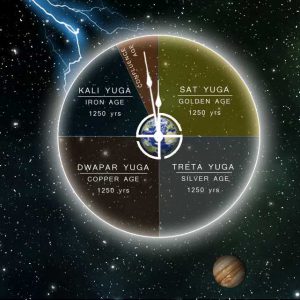 At the end of Kaliyuga (Iron Age), in the present auspicious age of Sangamyuga (Confluence Age) God Himself reveals His true identity and role through a human medium whom He names Prajapita Brahma. Through him God imparts the knowledge and power for changing Kaliyuga into Satyuga (Golden Age) or Heaven, and for liberating all human souls from suffering.

Like all human souls, God is an incorporeal point of light, an eternal spark of consciousness, but He is supreme in all virtues and powers. He remains ever-pure because He never enters the cycle of birth and death. He manifests infinite wisdom, love, peace, bliss and power. His name is Shiva, the benefactor of all. When the world sinks into extreme spiritual ignorance and unrighteousness, He begins the threefold divine act of creation of the new world, destruction of the old world and sustenance of the new world. 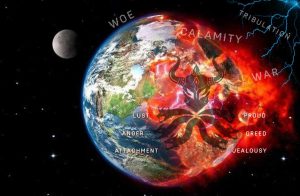 The process of destruction of Kaliyuga happens by itself. Evil destroys evil. Nuclear wars, natural calamities and civil wars are also processes of destruction that occur due to our errant and sinful actions. The new world is created by the righteous actions of enlightened souls who are reborn to live in Satyuga, and the purest among them sustain that world for a long time.

Through Prajapita Brahma, God Shiva unravels the deep mysteries of creation, the eternal cycle of time, the rebirth of souls, the laws of karma and, most importantly, the method of purifying and liberating souls from the burden of sin and karma.

God is the director of the human world drama wherein every soul is enacting its role through a body, birth after birth. He directs humans to perform elevated actions and remove their sins by following Godly wisdom, called Rajyoga. He is the Seed that begins the task of creating a new world when the old world is about to crumble. The seed remains incognito while the tree manifests itself.

God’s direct role is to create heaven out of hell, Satyuga out of Kaliyuga, so He is a ‘re- creator’ or transformer. He does not create the universe or a new world in empty space but creates heaven on earth when the world becomes hell.

Moreover, God does not control the elements of nature. Nature is basically a complex web of energy, and energy can neither be created nor destroyed. Natural calamities and other phenomena occur as per the natural order in which all elements and energy interact with each other. Science has explained how everything in the material world functions.

Nor does God perform miracles such as bringing a dead person back to life or making a lame person walk. Essentially, God does not meddle in individual karmic accounts. Human beings experience joy or sorrow as per the law of karma, which operates automatically and infallibly. 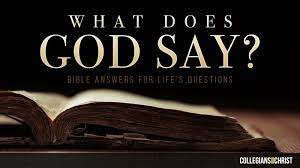 God does answer honest prayers and penance through His inspirations and blessings.
God also has the power to grant visions of the patron deities, saints or any other image that a devotee believes in.

Like all creatures, God is also bound by the cycle of time. There is a right time and way in which God performs His role. He cannot do as He wills even though He is Almighty and Supreme. He knows the past, present and future of the world but still He does not control, manipulate or change the events of this world.

At the right time in Sangamyuga, He guides human destiny towards perfection, but even this transformation happens only when humans choose to follow His directions. So God cannot and does not control the will power or intellect of humans.

The realization of the importance of God’s role in our lives and how as an individual we can contribute to this great transformation can only be achieved when we understand ‘His’ message to the world. In order to understand that magical connection or be in-line with his qualities of selfless love, kindness and ultimate salvation; human beings need to get connected to ‘Him’ through RajYoga meditation. One can learn this language of connection with the almighty by visiting any of the Brahma kumaris centres located all across the globe or online as well. Many beautiful souls have helped millions to find their purpose of existence in this world. It’s time for you to get connected to the Supreme Soul and become co-creators with God in the task of recreating Heaven on earth.