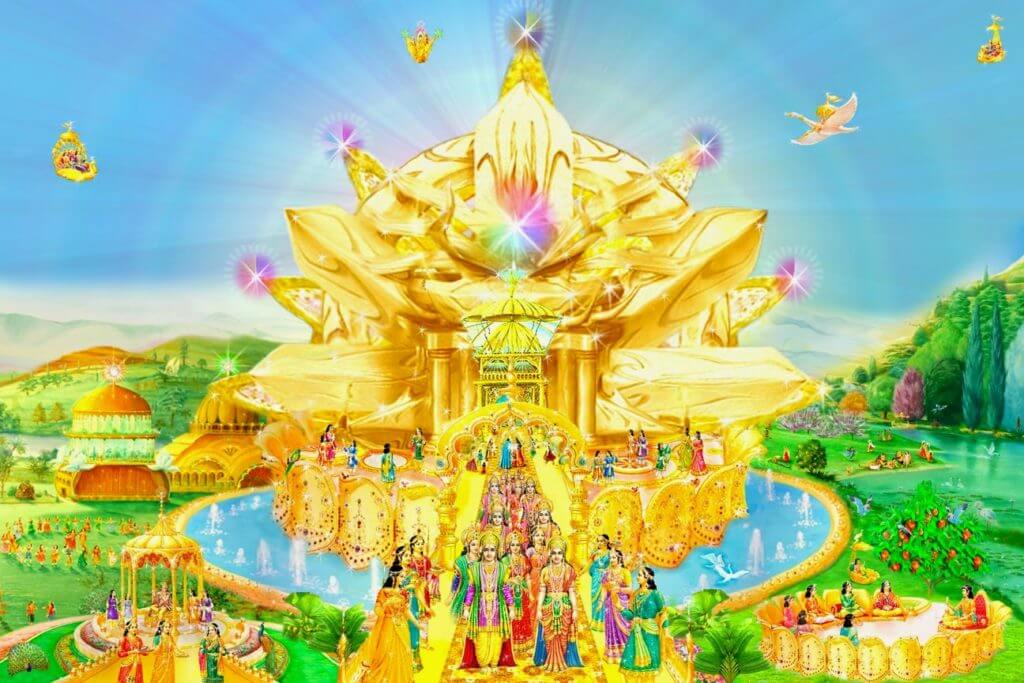 Science and engineering in Golden Age:

The Confluence Age (from the Iron Age to the Golden Age) started with the coming of the Main Hero, to whom people of different religions directed their thoughts and hopes of all mankind for 2500 years, to the Supreme Father, the Supreme Soul – God. His coming to the Earth was marked by an unheard –of growth of scientific and technical thoughts. In future all the engineering achievements which were done during the last 100 years will be used in a worthwhile way.

Science is the miracle of Intellect that gives an opportunity to invent. The Intellect of the Golden Age people will have such a purity and power that all the tasks will be solved very easily, precisely and for the welfare of all the population of the planet. The Golden Age is the time when the pure mind without any mixture of ego and violence triumphs.

Everything will work on a safe pure atomic and solar energy. In the Golden Age there will be no land or water transport. All the transportations will be done by air. The aircrafts will be absolutely safe and so easy to use that even children can operate them. 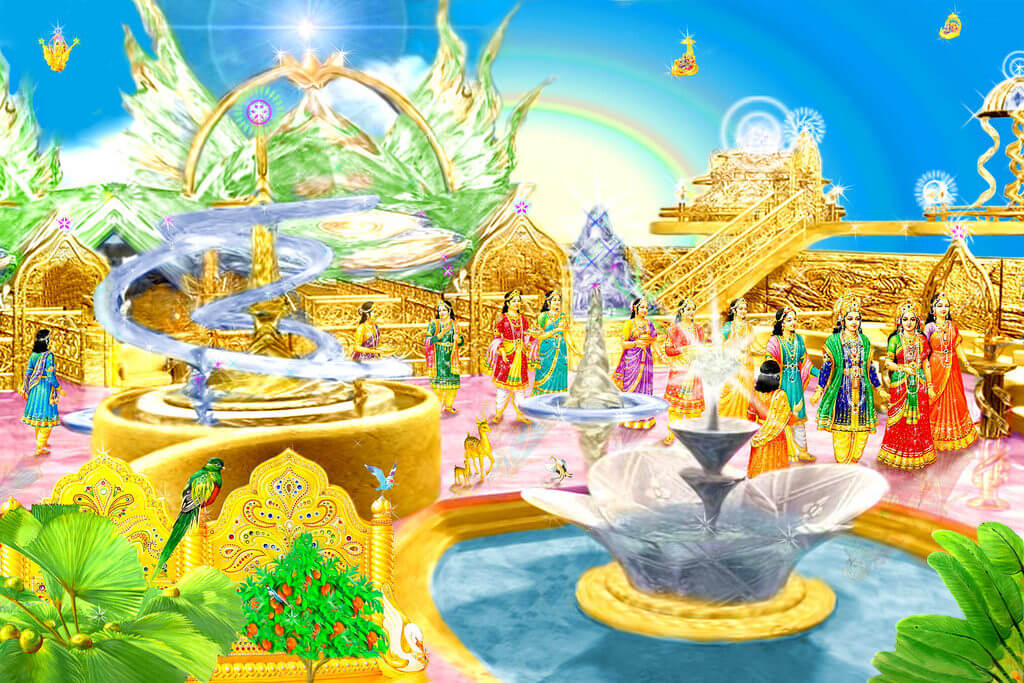 Architecture in Heaven is so splendid and so perfect that it will bring lots of pleasure to all inhabitants. All the construction materials will be of pure gold. Palaces and other buildings will be built of the golden bricks. Each palace will be decorated with a large number of multicolored precious jewels.

The light will come from gold and diamonds. Everything will glitter with different colors and it will seem as if thousands of lamps are glow. All the construction materials: silver, gold and precious jewels will be very light because all the elements will be pure and there will be no admixture.

Only one-story buildings will be built during the Golden Age because everyone will have as much land as they need. It is a new world and everything will be new in it. The matter will give to people all the achievements, which it is able for.

The illumination inside of the palaces will have no electric wires. Everything will be natural. It will not be necessary to spend much time to the creation of this new world. The technologies will be so perfect that Heavens will be built almost instantly. 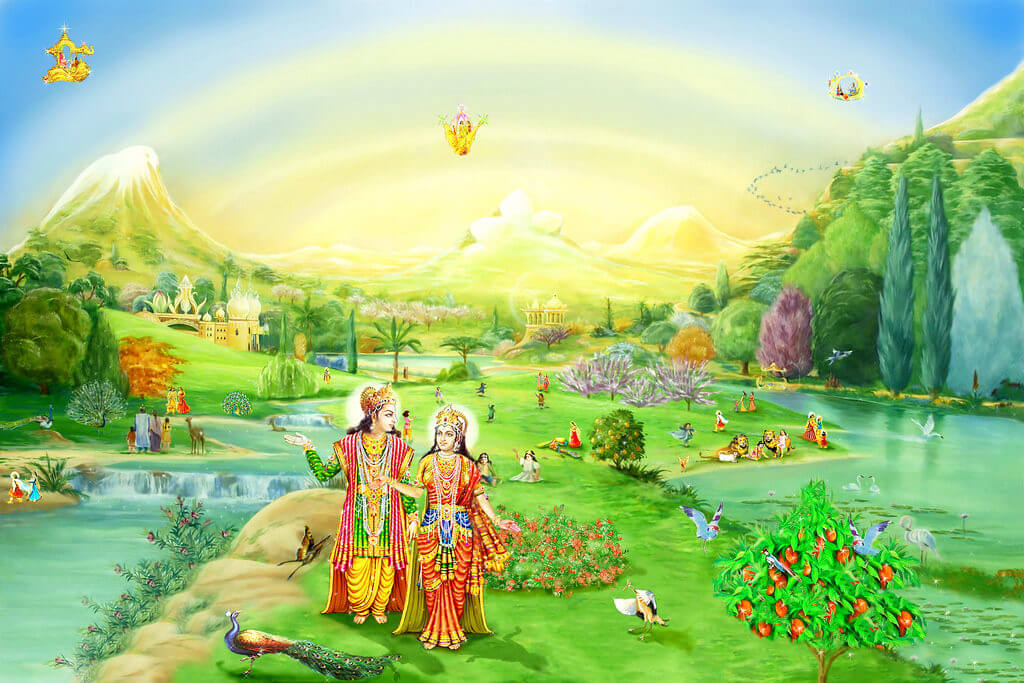 Family and life in Golden Age:

Family in Heaven consists of 4 persons: father, mother & two children’s. There are no lonely or divorced persons in the Golden Age. Marriages in the golden Age are usually very splendid. It is the biggest and the most magnificent holiday for Deities. There is the way of the pure family in Heaven. There are absolutely pure relations between husband and wife. Everything comes by an exact law. Having attained the certain age the person gets married. Then when a husband and a wife have lived half of their lives the first child is born.

The first child is a boy. 7-8 years later a girl is born. The children will be born with the help of the power of yoga. The Golden Age is the land of pure Deities and the immaculate birth. In the Golden Age everybody lives in beautiful palaces, there are no windows or doors because there is almost no fluctuation in temperature during the day, the night and during the year.

All the buildings of the Golden Age will be made of gold and decorated with precious jewels. The Deities wake up with the wonderful birds singing that is similar to sweet music. There will be an absolute purity during the Golden Age. There will be no shoes. The feet will step on soft grass, golden sand and beautiful golden stones of the palace polished till the mirror glitter.

The Deities wake up very early in the morning but no one feels tired.The soul condition in the Golden Age is pure therefore the mind and intellect will stay in its pure perfect condition. In the Golden Age all the tasks are solved very easily and quickly. Thus there is no need of hard mental and physical activity, that is why the Deities feel absolutely the tireless when they go to sleep as well as when they wake up.

The food in the Golden Age will be absolutely pure. The Deities are vegetarians. The food will be very exquisite and various and will be cooked by the pure solar energy. In the Golden Age there will be more than 30 types of food at each meal. However the Deities eat very little as if just tasting of each dish.

The relationship in the family of the Golden Age will be so loving and everyone will be so happy, that it will the most substantial food, because there is nothing more nourishing than happiness. 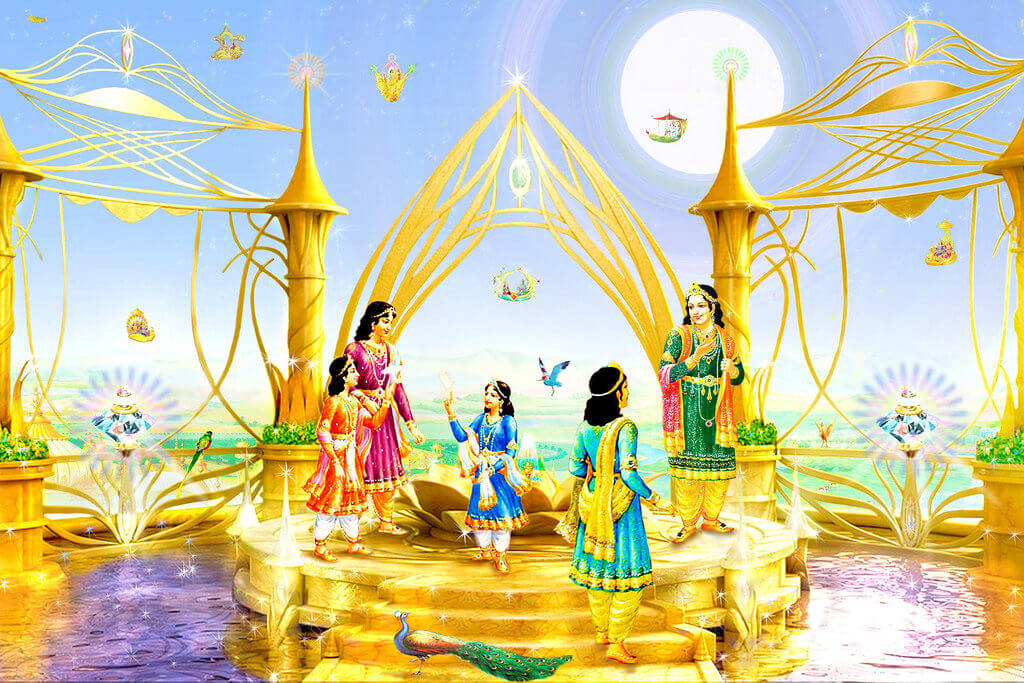 Will this wonderful time ever come?

YES. It will come & very soon. All the religions and the scriptures talks about the heavenly place where only the most blessed, truthful and vice less souls will enter. To enter that era of beautiful time one needs to make conscious efforts from today. We all know that the day will follow night and there will always be light at the end of the dark tunnel. Similarly, we are at present living in the age of darkness where the world is filled with vices, untruth and what not.

Soon this period of suffering will get over and the world will be freed from all the vices. It is aptly mentioned in our puranas and upnishads that God will descend when the world is full of sins in order to liberate the souls and free them from the clutches of immoralities. The Golden Age will be the most modern, most technically equipped state during the whole history of the World Drama.

The wonderful time of The Golden Age will come soon at the end of The Confluence Age.

The Confluence Age started with the arrival of that supreme soul in 1936 to whom people of different religions directed their thoughts and hopes of all mankind for 2500 years, to the Supreme Father, the Supreme Soul – God.

The blessed souls will experience the utmost happiness and serenity in The Golden Age under the guidance and presence of that Supreme Soul. 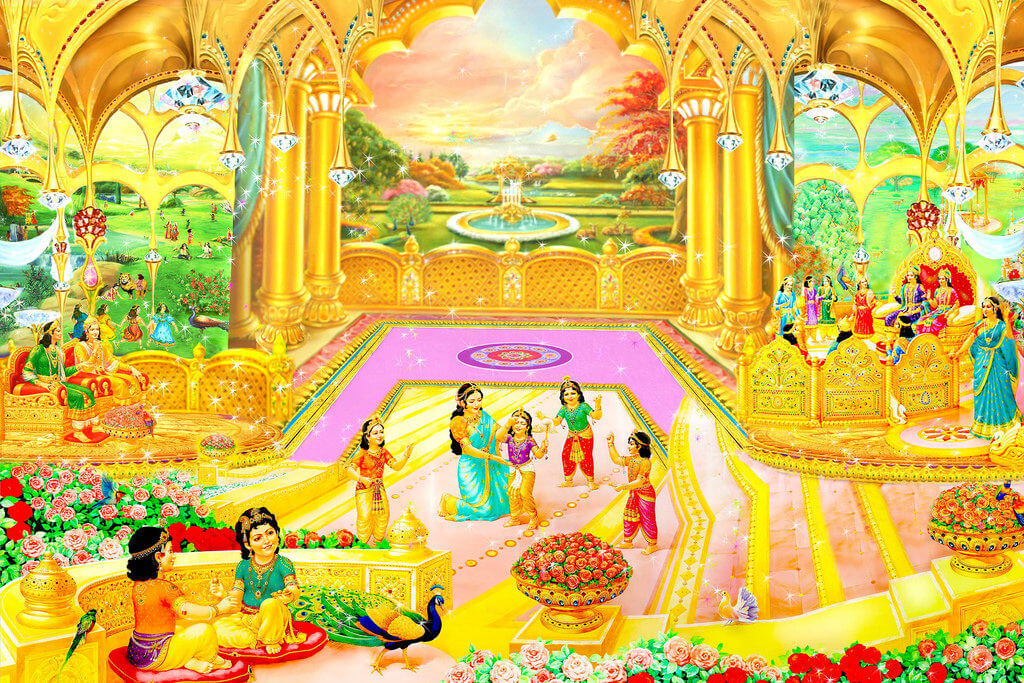 How to get to this time?

In the Confluence Age Lord the Benefactor came to release children from their karmic bondages and to carry them to the new, pure and fine World. Only those who wish to get on a way of transformation, those who are sympathetic to kindness and creation, mercy and love can get to the Golden Age of the World Drama.

The efforts applied at this time will take the soul to a qualitatively new level of life. Now everyone can create a destiny at his own wish. Now it is time “to collect stones”, to close karmic accounts and to put in order his spiritual state. In fact, everything that we will take with us to the new World are those savings which we have made in our souls: our qualities, our habits, our aspiration, our attitude to the world. On this basis we will come to this or that Age of the World Drama. If we wish to begin the travel around the Cycle with its first Act, the golden Age, we simply should use the chance, which is given to us in the Confluence Age.

Now it is the time to change yourself and to help your relatives and friends, those we love to do the same. There is no other way out. We should treat each other with kindness and love to be rescued. So, let us not become careless. This is the time when it is necessary to collect virtues. “The Future belongs to kind people. They will live in one fine world which now is difficult to imagine”.

The Supreme Father, the Supreme Soul, Lord the Benefactor has brought on His palms Paradise for all children and invites us to enter it. He invites everyone irrespective of nationality and denomination, irrespective of age and social status, in fact, we are all equal for Him, we are His children. Happy journey!

Meditate with us! At no cost AT ALL… & Enter into the Golden Age ! 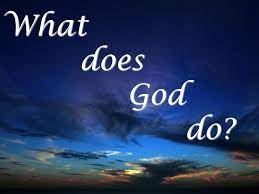